All posts and uploads on this message board are strictly the opinions of the individual poster. All music played here is composed and played by the uploading artist.

Upload and discuss your songs here. Open for Jazz and Rock, too!
Forum rules
Please do not upload songs protected by 3rd party copyright!
Post Reply
9 posts • Page 1 of 1

Greetings, is this section open for metal too? Well, it's open for many kinds of music, but NOT for promoting professional bands.

Not a lot of death metal fans around here.

"Throw yo' big leg over me Mama, I might not feel this good again!"
Top

Thanks for leaving the thread up admin. Technically I'm not a band, Haiduk is a solo artist.

I love the melancholy of blues. But it's not enough, it's gotta be complete darkness! Actually, I don't mind a little metal .. and you kinda had me at the start. What got to me though was the drums, I can't listen to that constantly. If you can break that up with a little funk and grove, I'd like that better.

But getting back to metal, I can't say that think of any bands in Death Metal that I like. Just to throw out a few names: Opeth, Killswitch Engage, At the Gates, Avenged Sevenfold, Slipknot and In-Flames have songs that I can relate too, especially when I trying to get in a workout at the gym.

Death Metal just takes it too dark for me and I don't like the Satanic references and imagery some of the bands have. I know most of the time its all for show, but it takes me beyond my comfort zone. Same goes for movies with too much of that kind of imagery. I see enough evil representations on the news everyday.

Maybe if I were younger....
Top

I can admire the technique and precision, and the energy flows at high voltage.

I'm afraid the closest I get to metal in my listening these days is where it's another genre with a touch of metal, like the prog band Riverside.
Even in my youth it would only extend as far as Sabbath who started up when I was in my teens - that was nowhere near as much metal as what you have linked here.

But, ahhh to be young again!

An improv a day keeps the demons at bay!
Top

My son is into prog metal (Haken, Dream Theater etc., I posted a record somewhere here) and musically far more educated, but it's simply not my taste...

I appreciate the comments and feedback, and those who checked it out despite not being huge into metal.

@mjo - yes, breaking up the some of the drum patterns into more varied and dynamic sections was one of my goals for the new album I've just released: Exomancer.

Here's a track from it: 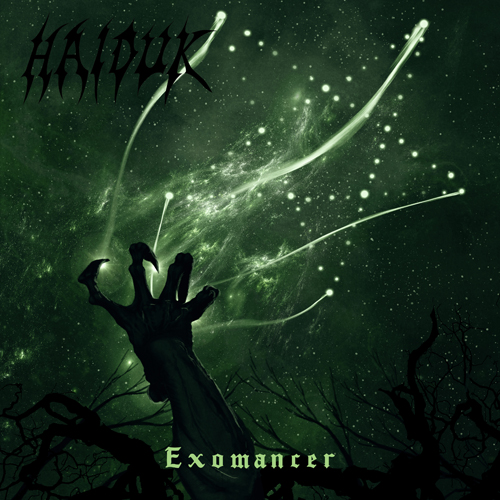 Return to “The Blues Room - Your Songs”